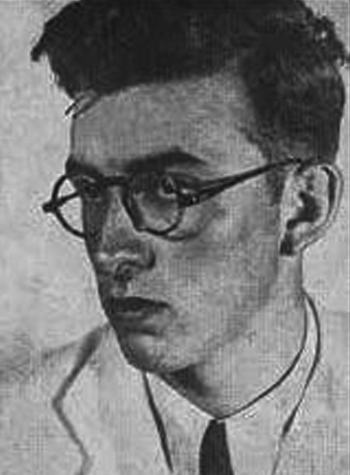 Jaume Sans belonged to the Catalan generation of surrealists of the ’30s. His paintings and sculptures contributed to spread the avant-garde movement in Catalonia, through the prominent exhibitions of his era. Sans also explored the design of furniture and objects for his personal use, which is how the remarkable Pie de Salón or Peana Molina lamps were created and later, edited by Santa & Cole.

Jaume Sans was born in Sitges, and lived with his family in Cuba until he was eleven years old. Back to Barcelona, Sans got in touch with the "L'Amic de les Arts" magazine, one of the printed magazines that contributed to revolution the artistic scenario of the 20s, edited in Sitges from 1926 to 1929 and directed by Josep Carbonell. Many other famous figures took part in this artistic circle, such as Salvador Dalí, art critic Sebastià Gasch, or writers Vicenç Foix and Lluís Montanyá. In fact, before the 20s, there were virtually no avant-garde artistic groups in Spain, except in Barcelona, where many exiled artists of World War I fled. Barcelona also had an innovative tradition, and all of these circumstances led the city to promote and host audacious exhibitions. For instance, the Galeries Dalmau exhibition in 1912 (the second one on cubist art celebrated outside Paris), or the Universal Exposition of 1929, with Mies van der Rohe's unprecedented pavilion, placed Barcelona in the contemporary artistic map, at a time in which art always became news, and even scandal or controversy. In 1932 and 1933 Jaume Sans assisted the Escuela de Artes y Oficios (School of Arts and Crafts) against his family's will, who looked with bourgeois eyes the artistic career, that is, they despised it. Despite this, during those years he was greatly influenced by Ángel Ferrant, one of the school's teachers and sculptor. Sans became a member of the Amics de l'Art Nou (ADLAN), a group of artists that promoted contemporary art and organized exhibitions such as Calder's Circo en miniatura or Miró's Objetos. In 1935, Sans showed his sculptures along with Ramón Marinel·lo and Eudald Serra in the exhibition Tres esculptors, organized by the ADLAN in the Galeries d'Art Catalònia in Barcelona. This surrealist exhibition was fundamental to the further evolution of Catalan sculpture. During these years, Jaume Sans also started to paint, focusing his interest on organic shapes. His work was part of the 1936 Exposición Lógicofobista, the most important surrealist exhibition in Spain of that time. It was also held at the Galeries d'Art Catalònia, and showed works of Artur Carbonell, Leandre Cristòfol, Remedios Varo, Àngels Planells, Àngel Ferrant, and Ramón Marinel·lo. ÂÂÂ“LogicofobismÂÂÂ” gave a poetic and plastic touch to surrealism's radicality. The ADLAN and the architects at the GATCPAC (they shared headquarters at the Passeig de Gràcia) represented the avant-garde in Catalonia, and were more acknowledged in the international sphere than among the Catalan audience. The Spanish Civil War interrupted Jaume Sans's artistic activities, that were since then to be only sporadic: he experimented with collages with architect Alfonso Buñuel, and held a painting exhibition in the Gaspar gallery in 1958. But Sans was closely in touch with the Grup R since it was founded, and his interest turned then to furniture design. He designed for example the Pie de Salón standing lamp, or the Peana Molina, both edited by Santa & Cole. Sans's relationship with design has gone on with his children, three of which are professionally into industrial design.

Previous J.M. Tremoleda
Next Jordi Garcés
Go to Top
We use cookies in our website to give you the best service posible. Read more here.