Recent searches
Sylvestrina
Cestita Batería
TMM
Cestita Alubat
Lost your password?
Contact and support
Contact us Contact us by clicking on the button below or give us a call at +34 938 619 100
Contact us
Authorized dealers See who our authorized dealers are.
Find them here
FAQ If you have any questions about your product, shipping, order processing or other questions, please have a look at our FAQ's.
FAQ's
Care instructions We want our products to last as long as possible. Here you will find our recommendations for maintenance and care.
Read more
Spare parts We are committed to the timelessness of our products. If you don't find what you are looking for, please contact us.
Find your spare parts here
Distributor access
Distributor access

Born in Sitges (Barcelona), Jaume Sans spent most of his childhood in Cuba with his family. Later, having returned to Barcelona, he was introduced to the magazine L Amic de les Arts, one of the periodicals that helped revolutionise the artistic panorama of the 1920s, published in Sitges between 1926 and 1929. Contributors to the magazine included artists such as Salvador Dalí, the critic Sebastià Gasch and the literary figures J.V. Foix and Lluís Montanyá.

In the early decades of the 20th century, centres of the avant-garde were almost non-existent in Spain, with the rare exception of Barcelona. The city welcomed artists exiled from the First World War, and its tradition of innovation allowed for more daring exhibition programmes to emerge. Exhibitions like that of Galeries Dalmau in 1912, which was the second cubist art exhibition held outside Paris, or the Universal Exhibition of 1929, which included the revolutionary German pavilion of Mies van der Rohe, placed the city on the European artistic map.

From 1932 to 1933, and against his family s wishes, Sans attended the School of Arts and Crafts, where he met Angel Ferrant, who was to have a profound influence on his work. Sans was a member of Amics de l Art Nou (ADLAN), a group of artists that promoted the dissemination of new arts and organised exhibitions such as Alexander Calder s Miniature Circus or Joan Miró s Objects. In 1935 he showed his sculpture together with Ramon Marinel·lo and Eudald Serra in the exhibition Tres Esculptors organised by ADLAN at Barcelona s Galeries d Art Catalònia. This surrealist-style exhibition was pivotal in the evolution of contemporary Catalan sculpture.

At the same time, Jaume Sans also began to express himself through painting, with a preference for organic forms. His work was part of the Logicofobist Exhibition of 1936, which was the most important surrealist exhibition in Spain at that time. Held at Galeries D Art Catalonia in Barcelona, the show featured works by Artur Carbonell, Leandre Cristòfol, Angel Ferrant, Jaume Sans and others. Logicofobism added a poetic and plastic touch to surrealist radicalism.

Catalan avant-gardism was led by ADLAN and the architects of GATCPAC (Group of Catalan Technical Architects for the Progress of Contemporary Architecture). It struggled to find acceptance among the local public but was more warmly received internationally. Accordingly, artists like Jaume Sans began to internationalise their works; that is until the outbreak of the Spanish Civil War, which interrupted all their artistic activities. During the war, works were sporadic and included experiments with collages by the company of the architect Alfonso Buñuel and an exhibition of paintings in the Gaspar room in 1958.

Following the war, Jaume Sans began to develop his own furniture design. Among the most outstanding of his creations is the Pie de Salón floor lamp, now edited by Santa & Cole. After that, the artist devoted himself to industrial design, passing on his passion for the discipline to his three children, who work in the field today.

Engaged and determined, Jaume Sans is a key figure in Catalan surrealism, and in its transition to the beginnings of industrial design. 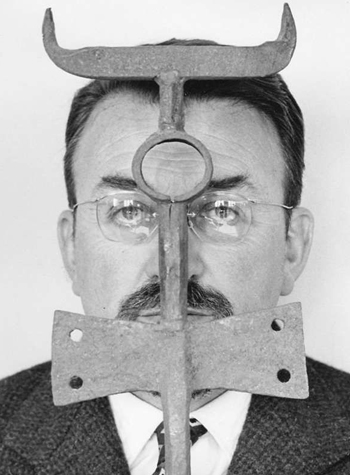