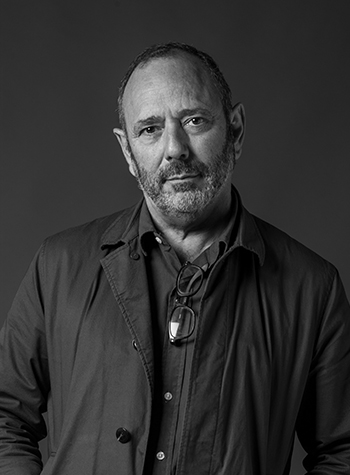 Antoni Arola was awarded the Spanish National Design Prize in 2003, and he is recognised as one of the most outstanding members of Spanish design. His common-sense approach has allowed him to create a range of brilliant designs, from a perfume bottle to a lamp, to large scale interior design projects. Arola finds a symbolism and a way of understanding the universe through foreign cultures, such as African cultures, which he incorporates into his work and his daily life. His works also show his sculptural savoir-faire, his love for drawing and his interest for contemporary art.

Antoni Arola was born in Tarragona in 1960. He studied at the Eina School in Barcelona until 1984, after which he started working in prestigious professional studios. He stayed for five years at the Lievore and Pensi studio, and four more at the Associate Designers, AD, a leading firm in technological design, directed by Ramón Bigas and Pep Sant. In 1994, Arola left AD and set up his own studio, Estudi Arola. Arola's first experience in the lighting field was in 1994, when he designed a series of lamps. In 1997, he designed the Nimba lamp for Santa & Cole, a lamp with a shape of a light halo that received the ADI-FAD Award. Some of his most popular and recent projects have been the interior design of the gourmet shop Mos (awarded «Best Shop in the World» by Barcelona's city council in 1999); the packaging of the Armand Basi Frangancies (International Fragrance Foundation award, 1999); the Ishi-Doro series of lamps for Metalarte (ADI-FAD Delta award in 1999), the Pallucco lamp (2000), presented at the last edition of the Milan Fair, that consolidated him as an industrial designer; the Sistema Flúor hanging system of colored fluorescents for Santa & Cole in 2001; the interior design of the chocolate shops Cacao Sampaka in 2000; and the successful Moaré Series for Santa & Cole (2003). After having received the Spanish Design Prize in 2003, Arola has achieved creative maturity, as can be seen for instance in his lamps for Santa & Cole, the Tau (2005) or the Cubrik (2006). Another important field of Arola's work are the ephemeral installations for fairs, thanks to which he achieves to express for a limited lap of time all of his brilliance. According to Arola, «Designers are only catalysts, mediators, filters. Everything is in the air; it only has to be brought to real life, by turning ideas into objects that will improve everyone's life». Fascinated by Africa and by the extraordinary designs of satellites and spaceships, his work is pervaded with the subtle influence of shapes and icons of other cultures - Japanese and African. In these asiatic cultures Arola finds a symbolism and a way of understanding the universe that he incorporates to his daily life and work. His works also show his sculptural abilities, his love for drawing and his interest for contemporary art. But above all, what Arola admires most in design is common sense. In 2007, Arola celebrated his studio's 10th anniversary with an exhibition, an audiovisual installation, that was held at the Sala Vinçon in Barcelona. In order to accompany the exhibition, Arola created Ten Light Years, a book published by Santa & Cole that goes through the decade he has been playing with light, and through which he reveals the story that belies behind each of his creations.

Más información: www.estudiarola.com
Previous Anthony Dickens
Next Antoni de Moragas i Gallissà
Go to Top
We use cookies in our website to give you the best service posible. Read more here.