Tekiò, the Japanese word for adaptation, merges ancient artisan techniques with Warm to Dim LED technology that enables control of intensity and colour temperature. Tekiò's highly technical lighting structures are carefully dressed in handmade paper. Depending on the chosen combination, different linear shapes of various sizes can be achieved. 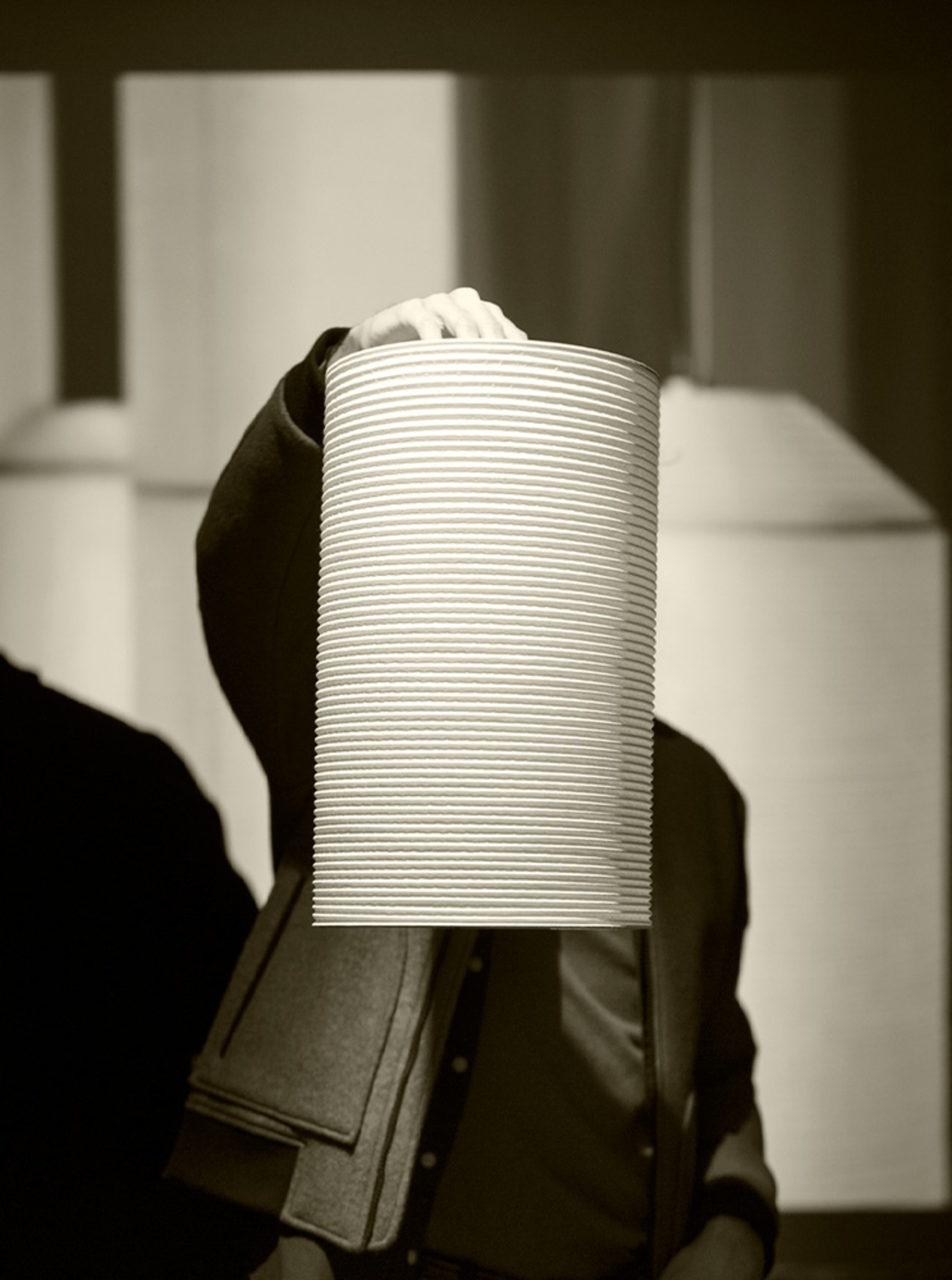 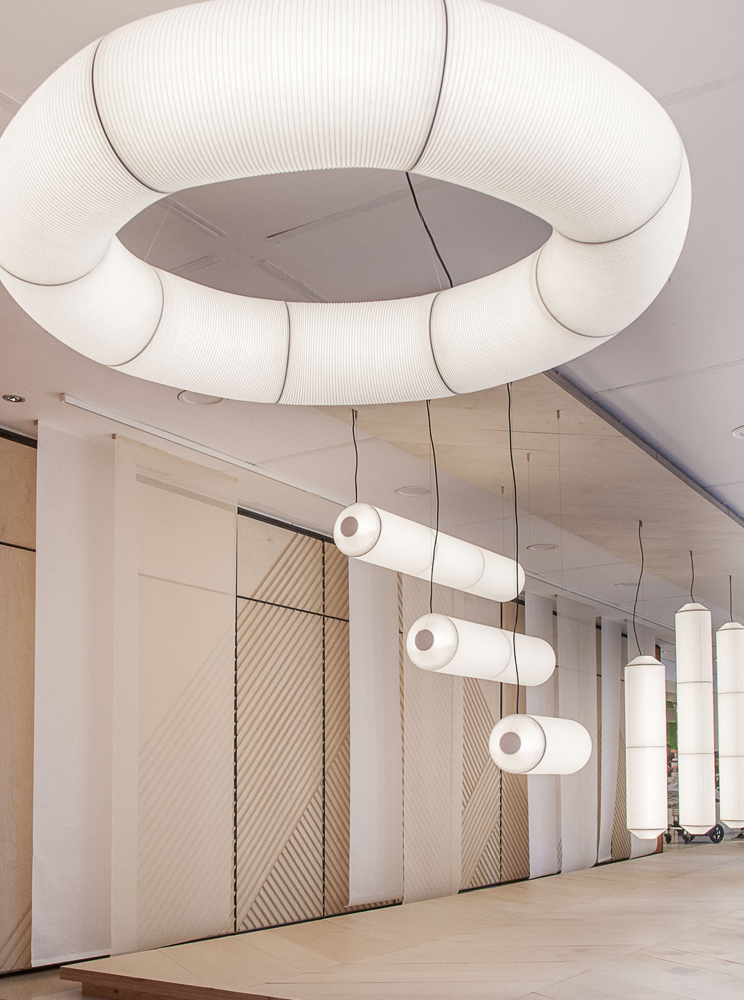 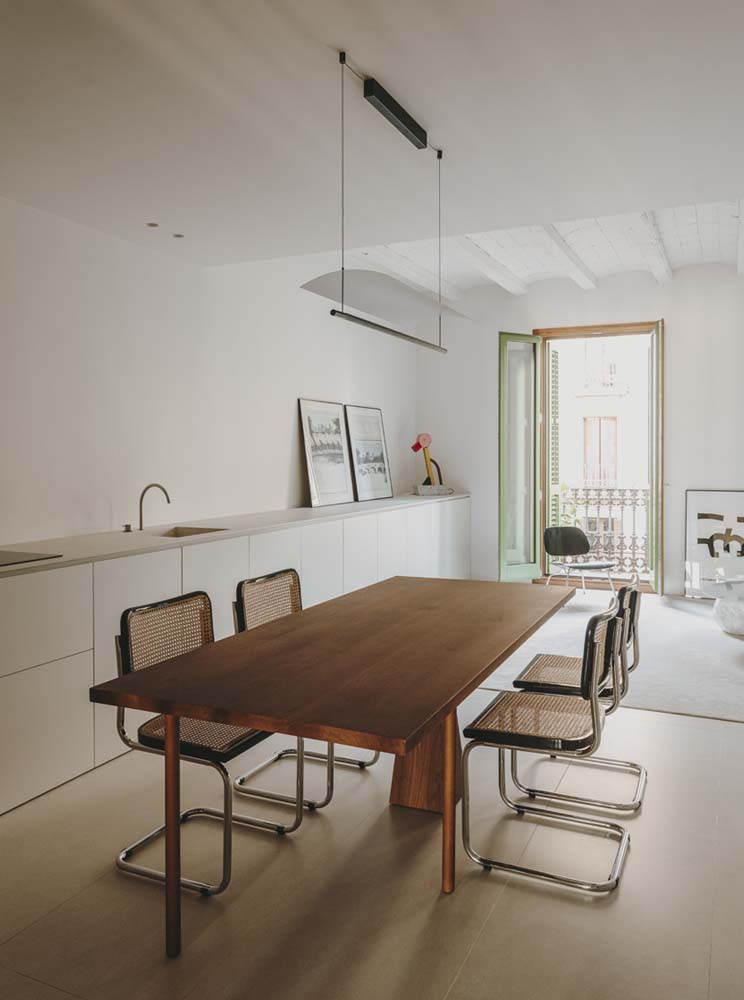 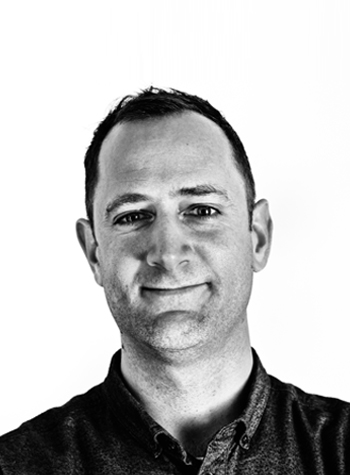 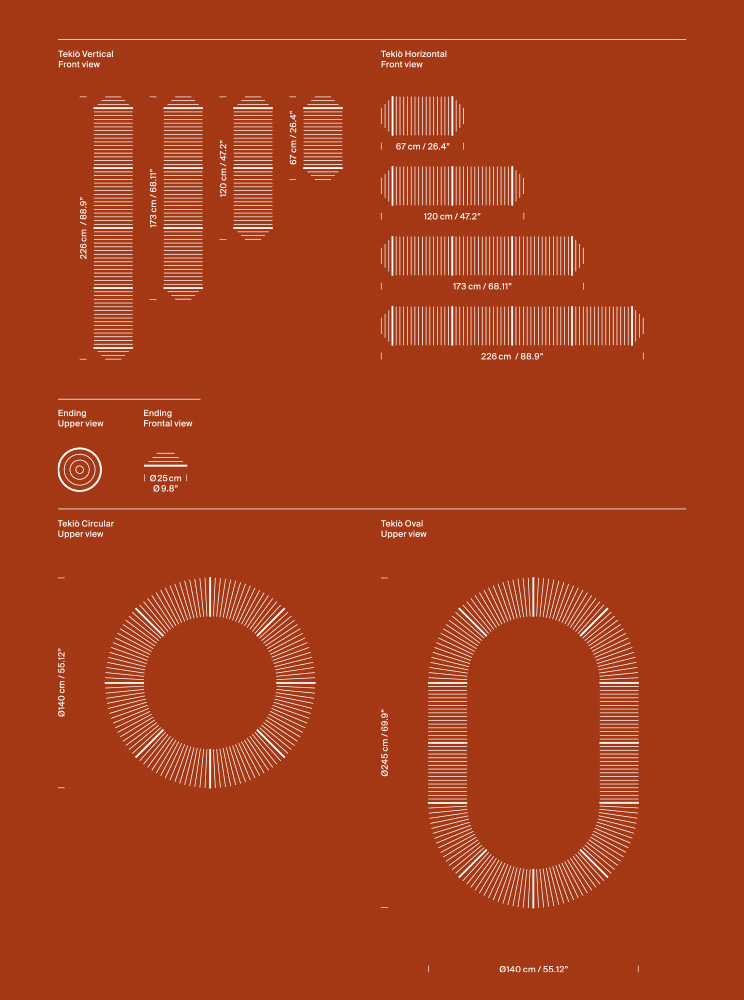 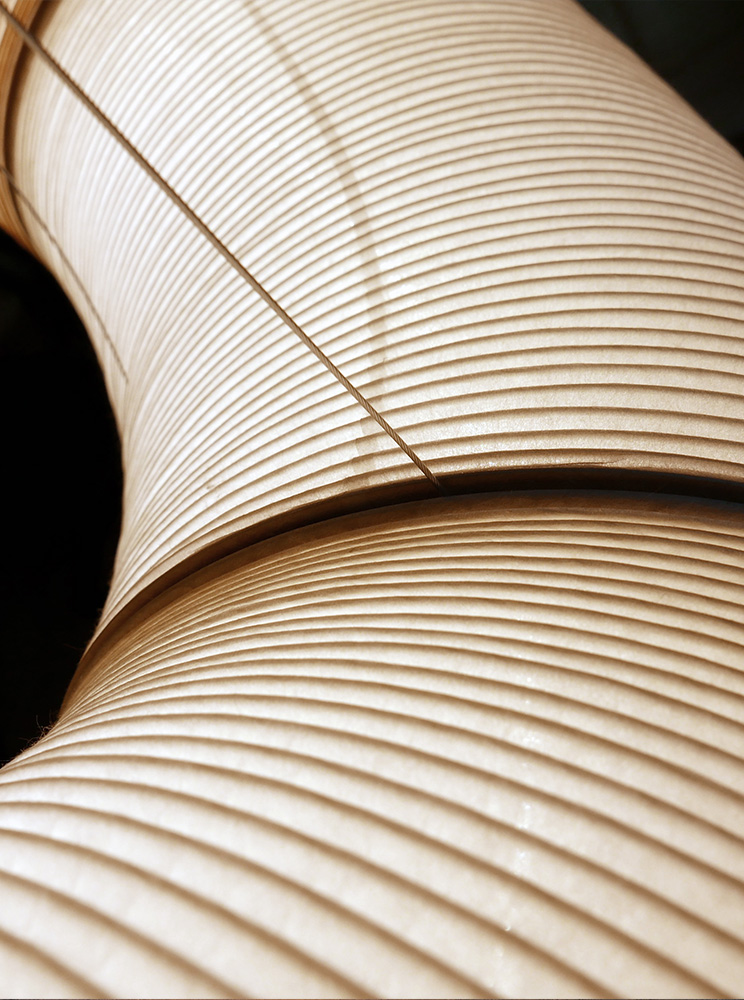