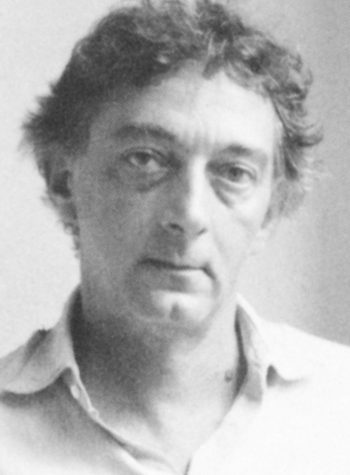 With a doctorate in architecture and as a drawing professor and director of the ETSAB (Barcelona School of Architecture), industrial designer, interior designer and artist, Roqueta was a prominent figure in pioneering the concept of good design in Barcelona. He founded Snarck Design, a furniture editing company that would be integrated by Santa & Cole in the late ’80s. During the democratic transition, he began to design unique venues with a desire to revisit the Barcelona of an earlier time, leaving behind decades of sadness. Roqueta was the instigator of the co-editing project between Santa & Cole and ETSAB, to publish the work of the pioneering masters of Spanish design.

During the 70s and the 80s, Roqueta focused his work on designing pubs and night clubs, contributing to what would come to be known as the Barcelona of design. Some of his most outstanding projects and collaborations were the Ponsa restaurant (1970), the Massana restaurant (1975), the Zeleste night clubs (1973 and 1979), the Malic theater (1984), the Snooker Club (1995, FAD award), La Barcelonina de Vins i Esperits (1985), the Els Balcons restaurant, the Sisisí pub (1986), the Ciento gallery, or the production company Ovideo TV's offices (1985-1998), for which he also created furniture and television and movie sets. In many of these projects, Gabriel Ordeig Cole collaborated in the lighting. In the first 90s, as the director of the ETSAB (School of Architecture of Barcelona), Roqueta proposed to Santa & Cole to set up an unprecedent coediting relationship, in order to promote the knowledge on Spanish design masters. This relationship gave birth to the book collections Design Classics and Contemporary Designers, that he supervised until his death in January 2005. But Roqueta went further and was also the author of the first book in the Design Classics collection, a monograph called "Antoni de Moragas", a book that goes through the work and inestimable contribution of this Catalan architect to carrying out and promoting Catalan design in the 20th century.

Previous Roger Webb
Next Xavier Fabré
Go to Top
We use cookies in our website to give you the best service posible. Read more here.