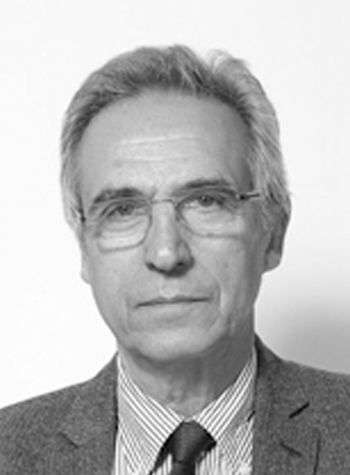 Barcelona, 1945. Jordi Garcés qualified as an architect in 1970 after completing his studies at the Barcelona School of Architecture (ETSAB), and he received a PhD in 1987. He has been a lecturer at both ETSAB and the École Polytechnique Fédérale in Lausanne, Switzerland. He and Enric Soria were associate partners from 1970 to 1995, during which period they designed the Sylvestrina lamp, re-edited today by Santa & Cole.

In 2008, he joined forces with Daria de Seta and Anna Bonet to focus on international commissions and tenders. Their projects include the renovation of the European Court of Justice in Strasbourg (France), the new Port Terminal in Syracuse (Sicily), the Picasso Museum in Barcelona and three stations on Line 9 of Barcelona's Metro. He is co-author of the book "Autobiografía de Jordi Garcés" (Autobiography of Jordi Garcés), published by Anagrama.

Más información: www.garces-deseta-bonet.com
Previous Jaume Sans
Next Jordi Miralbell
Go to Top
We use cookies in our website to give you the best service posible. Read more here.