Laying the foundations of rationalism in Spain, Enric Sòria was a core member of Oriol Bohigas' studio, where he designed numerous civic projects for the city of Barcelona. These include the Vall d’Hebrón Sports Centre project (1991), for which he won the FAD prize for architecture, and the conversion of the Born market into a cultural centre in 2014. Enric Sòria also taught at renowned schools in Barcelona such as ETSAB and ELISAVA.

Born in 1937, Enric Sòria graduated at Barcelona's School of Architecture (ETSAB) in 1970. After graduating, he worked in the office of Oriol Bohigas, where he met Jordi Garcés, with whom he collaborated until 1996. Together, they laid the groundwork of the rationalism and avant-garde movements, advocating the geometry of architecture and the functionalities of its composition. Notable among their first projects are museum designs, including the conversion of the old Santa Lucía asylum into the CosmoCaixa science museum (1978-1980) and the design of the Picasso Museum (1981-1987). Later, they were involved in cultural and sports projects such as that of Vall d’Hebrón (1990-1991) for which they were awarded the FAD Architecture Prize in 1991. The partnership also designed the IMAX cinemas (1993-1994) and the Agora Rubió i Balaguer on the Ciutadella campus of Pompeu Fabra University in 1994, winning the City of Barcelona Award for Architecture and Urban Planning in 1996.

Also worth highlighting is Enric Sòria's involvement with Centro Interdisciplinar de Arquitectura y Urbanismo (the Interdisciplinary Centre of Architecture and Urbanism) since he completed his studies. This group allowed him to be part of avant-garde discussions at the time, defining his projects as he developed them.

In the early days of the Garcés-Sòria partnership, they designed the Sylvestrina table lamp, an electrified oil lamp with cable and switch. The Sylvestrina is considered a design classic and in 2019, Santa & Cole edited it, making it into a portable lamp equipped with a rechargeable battery.

In addition to his work as an architect, Enric Sòria has taught at several renowned schools in Barcelona since the 1990s, including his alma mater, ETSAB, the ELISAVA design school and the La Salle School of Architecture.

In 2014, Enric Sòria was awarded the Ciutat de Barcelona prize by the Barcelona City Council for his work in the restoration and conversion of the Borne Market into a cultural centre. At present, he continues to work on the architectural design of various civic projects at his own offices. 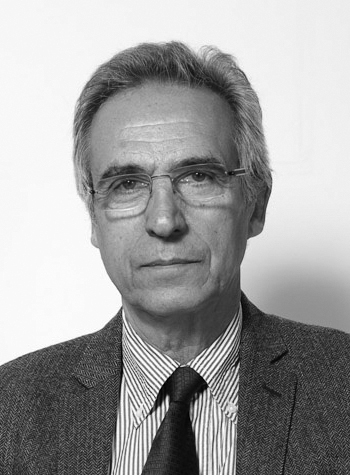 Jordi Garcés met Enric Sòria at Oriol Bohigas' studio, where the two laid the groundwork of rationalism in Spain and worked together to design numerous civic projects for the city of Barcelona. These include the Vall d’Hebrón Sports Centre project (1991), for which they won the FAD architecture award, and the Rubió i Balaguer Agora at Pompeu Fabra University. Their most recent work is the extension of the Picasso Museum in 2010. Jordi Garcés also taught at renowned schools in Barcelona (such as ETSAB or EINA) and abroad.