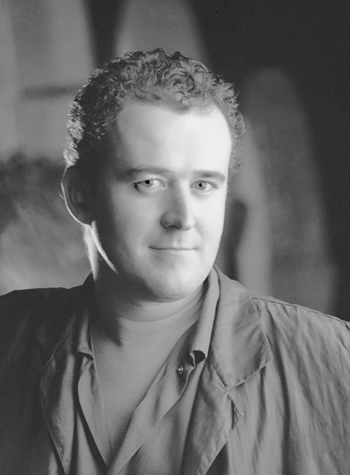 Gabriel Ordeig Cole founded Santa & Cole in 1985, together with Javier Nieto Santa and Nina Masó. He is responsible for recovering objects that have since been considered Spanish design classics. His training in art, coupled with his Anglo-Saxon background and his Mediterranean temperament, made him a remarkable designer with an extraordinary gift: his command of light. A talent he applied both in the creation of lamps and ambience that transmit emotion.

Gabriel Ordeig was born in London, to a Catalan father and an English mother. In 1960, his family moved to Barcelona, where he started studying philosophy, but he soon changed his route and went to study to the Bachelor of Arts at the East Ham College and to the Cardiff Arts School in London. After he ended his studies, Ordeig came back to Barcelona and founded Free Difusión with some friends, a promoter company of music groups such as Los Peruchos, Los Psicópatas del Norte, Canti and Los Suyos. Little by little, he started designing the concerts' sceneries, until he coincided with designer Carles Riart as his assistant on occasion of Bigas Luna's movie Caniche sets designing project: "Carles proposed to work together and this is how I started with interior design and then with design.ÂÂÂÂÂ… I learned on the way." Together with Riart, they edited and produced the La Colilla lamp, from Comercial Estelar, the company Riart founded to sell by mail, and whose manager was Ordeig. Gabriel Ordeig carried out many interior design projects, such as the offices of the firm Group Films (1983); and the lighting of pubs and night clubs in Barcelona like the Boliche, La Xampanyeria, El Café del Sol, Snooker Club, Cibeles, the restaurants Al Dente (with Nina Masó, 1982) or Fonda Europa (Granollers) -for which he designed the Fonda lamp and the Fonda system in 1994-, the Bijou cocktail-bar (with Tonet Sunyer) finalist of the FAD awards in 1983, and the Sísísí pub, the origin of the Sisisí shade and ceiling rosette edited by Santa & Cole. He also took on the interior design of the pubs OKB (Castelldefels, 1988) and L'endroit (Paris, 1987), the restaurants Monzón (New York, 1988) and Bene Asai (Barcelona, 1989), or Santa & Cole's showroom in Barcelona (1988) and Girona (1989). In 1985, he made an active contribution to Barcelona's and to international design when he founded, together with Javier Nieto Santa and Nina Masó, the design editing company Santa & Cole. He also designed the first objects of its catalogue: the Colilla de Jardín, based on the original design by Riart; and the El Huevo de Colón and the La Bella Durmiente (1975, with Nina Masó), two revolutionary lamps, the first one due to the coloring of fluorescence, and the second one because of the investigation on reflected light. These two last lamps were both presented in the Feria del Mueble in Valencia in 1986, which was the company's first public appearance. Working in Santa & Cole, Ordeig also cared to recover old designs and to redo anonymous designs, until his premature death in 1994. Gabriel Ordeig was a precursor of a new kind of lighting based on wood, the traditional card shade, and the reflection of light and color. He frequently wrote articles on design, his passion for the issue of light shows in this sentence: "What is still untouchable, mysterious and intangible is not electricity, but light." On February 2005, when Santa & Cole celebrated its 20 years, Santa & Cole and the ETSAB (Architecture School of Barcelona) paid a tribute to our designer by editing the monograph Gabriel Ordeig Cole, included in the Contemporary Designers collection.

Previous Ferran Freixa Jové
Next Germán Rodríguez Arias
Go to Top
We use cookies in our website to give you the best service posible. Read more here.