Architect and plastic artist Silvia Martínez Palou trained at the School of Architecture of Barcelona (ETSAB-UPC) and at the Fine Arts Faculty of the city’s Universitat Autònoma (UAB), where she obtained her doctorate. She also studied the advanced engraving techniques she uses in her works at the School of Arts and Crafts (Escola d'Arts i Oficis – Llotja) in Barcelona.

Sílvia Martínez Palou combines her work as a restorer of historic buildings with her artistic work. Palou mainly implements the traditional technique of monotype printing, which allows her to work on the originals using various experimental and plastic processes to achieve rich colours and textures.

Relating the two disciplines in which she has specialised, art and architecture, Martínez Palou is inspired by major constructions of contemporary architecture from 1950-1970 when the rationalist postulates of the Modern Movement, also known as rationalism, were already tinged with other, more local influences. Inspired by the work of great architects of this period, an especially brilliant one in the history of architecture, Sílvia Martínez Palou's projects include emblematic buildings such as the Peabody Terrace towers by Josep Lluis Sert at Harvard, the Robin Hood Gardens blocks by Alison and Peter Smithson in London and the group of buildings by Antoni de Moragas on Carrer Brusi in Barcelona. Her Neoseries are evidence of this: Moragas Brusi 01 (2015), Moragas Brusi 02 (2015) and Moragas Brusi 03 (2015), the Meridiana building by MBM with the Meridiana Neoseries (2020) and l’Unité d’Habitation de Marseille by Le Corbusier, among others.  As in these buildings, Martínez Palou technically approaches her works in layers, thus capturing all the details that compose them. She extracts from them the routine details that add that distinctive touch, making them a unique, personal retreat, brimming with small stories, which record the richness of our current social map.

In these plastic works, the geometries that configure the buildings are extracted and decomposed into different successive layers that draw the materials, colours and shadows that define them, eliminating the limits of architecture and thus making it into a simple autonomous composition that constructs the initial motif of the work that inspired it.

Resting on a central axis, the series explore variations in texture, light and colour to construct plastic works that gradually move away from the original architecture and create their own formal world, in a repetition of the compositional pattern that affords it new meaning. They are flat compositions that nevertheless achieve great depth thanks to the different superimposed layers and their shadows, representing spaces in which, when carefully observed, one can sometimes distinguish characters and architects inhabiting their own architecture.

Silvia Martínez Palou has recently exhibited in various galleries in Barcelona and other European cities including Luxembourg and Brussels; she was a finalist for the ARTFAD prize in 2011 and 2019 and the Fundación Vila Casas Painting Prize in 2013. 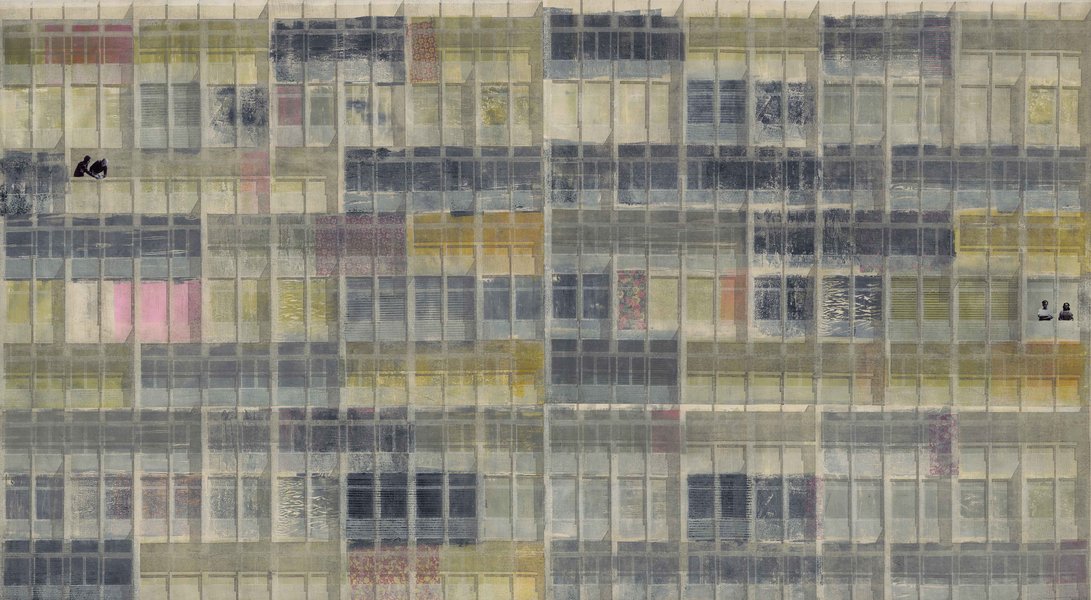 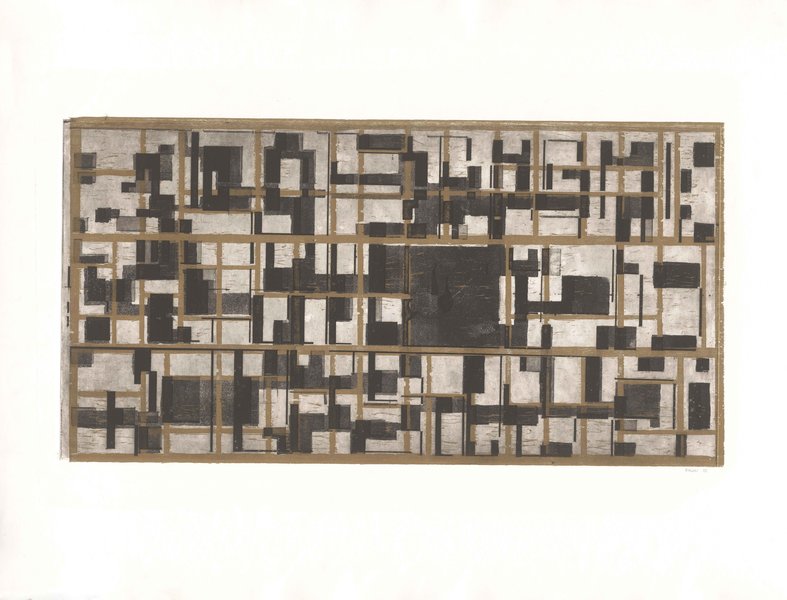 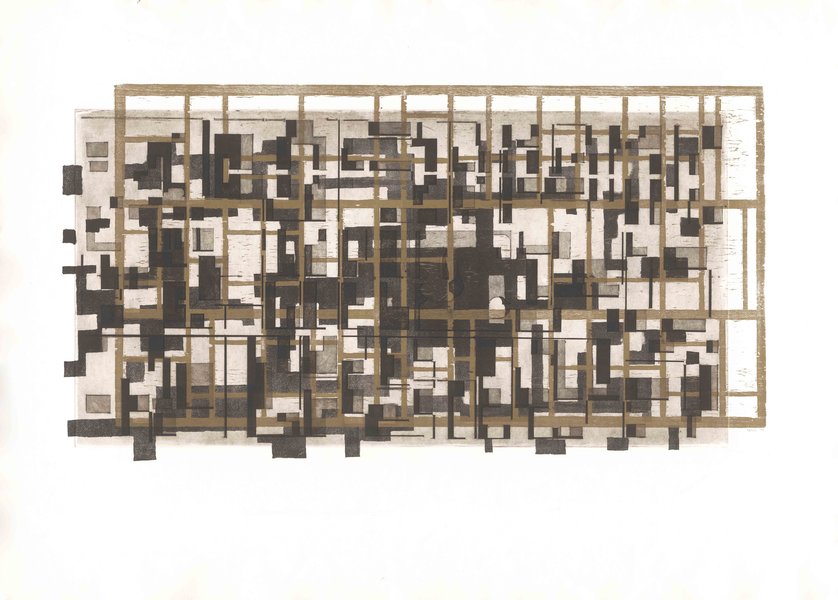 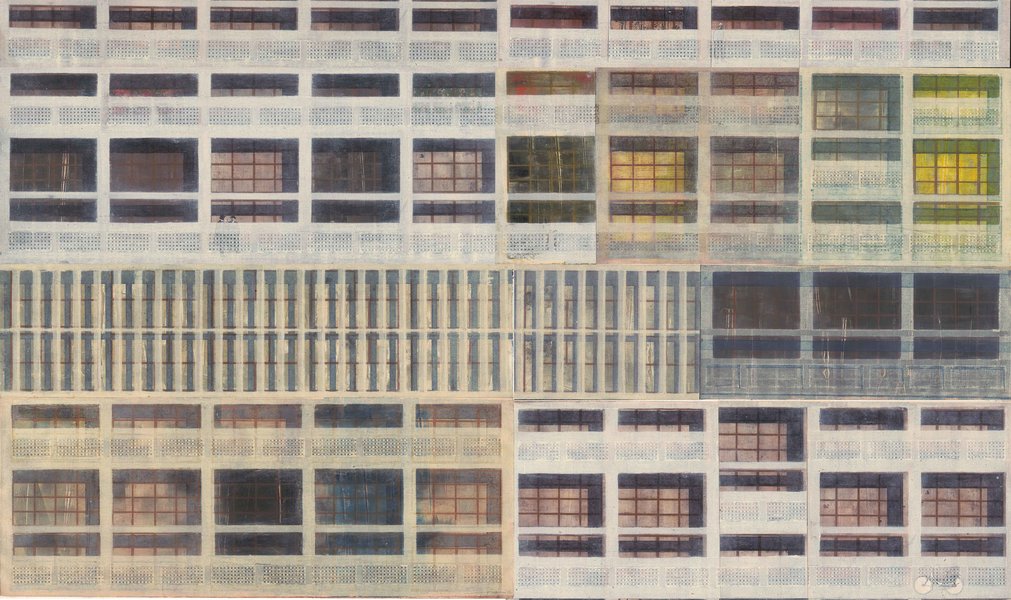 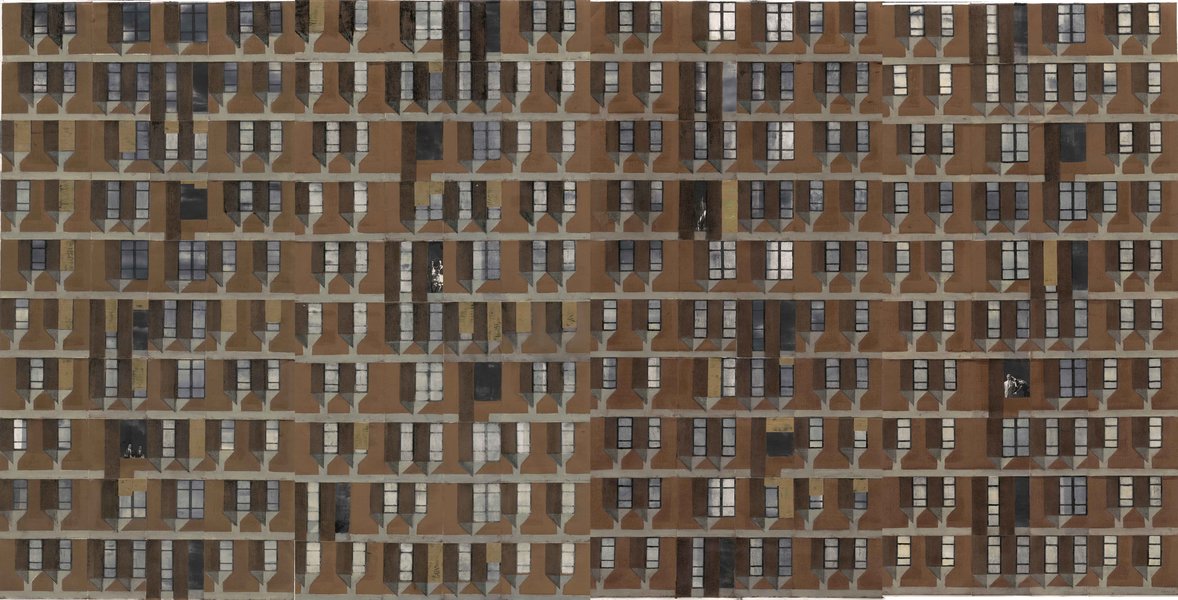 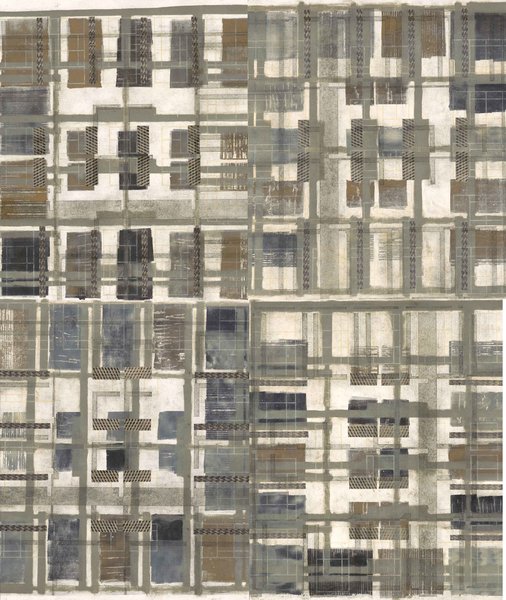 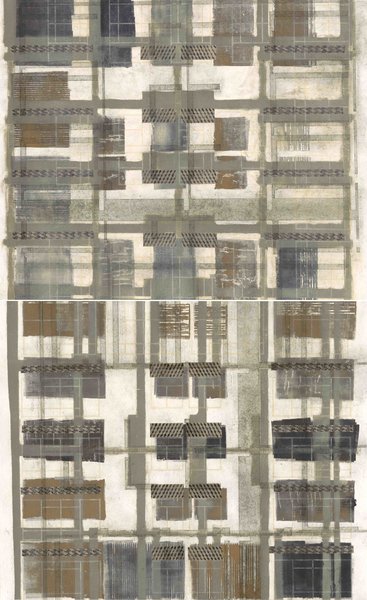 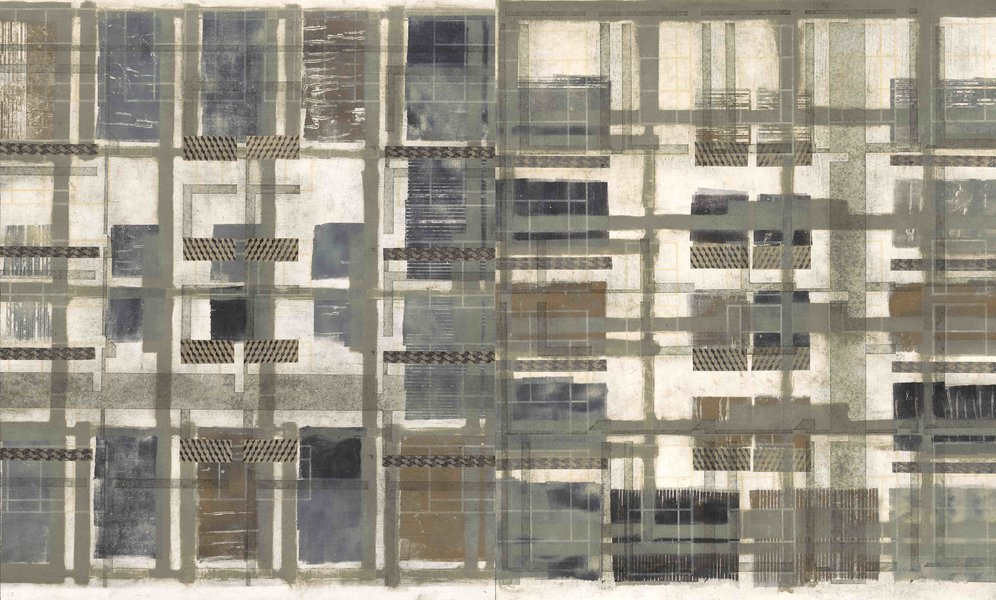 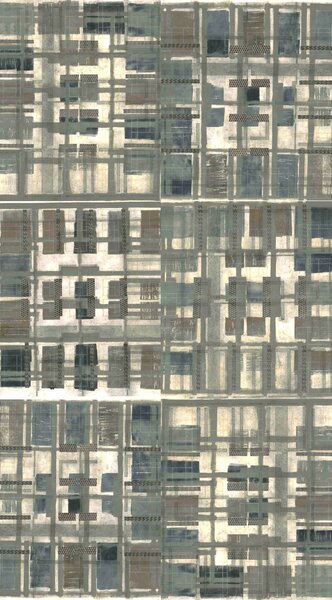