Lives and works in New York

Peter Halley became known in the mid-1980s as the driving force behind the Neo-Geo movement, which led to the revival of geometric abstraction in response to the emotionality of Neo-Expressionism. Halley harnesses the formal resources of abstract painting and Expressionism and other representative methods of Pop Art. Despite using geometry as a fundamental support for his work, Peter Halley insists on its figurative reference: the time and space of our society, its political and social terrain, and the closed order in which we live. He recognises the influence of European and North American painting, especially the work of Josef Albers, from whom he takes the figure of the square and classical geometry.

Peter Halley turned an abstract geometric figure into the image of a prison by painting some bars inside. Its straight-lined and cold shapes are the plastic expression of our urban landscape, as he introduces the idea of interior and exterior space by giving meaning to the figure as a cell, such as in the series: Stop Word (2015), edited by Santa & Cole. The interplay of prison and cell reflects the increasing geometrisation of the social space of the world we live in. By equating geometry with prison, he carries out a dual critique, formal and conceptual, against abstract geometric art and Minimal Art.

Halley's work is characterised by the use of vibrant and phosphorescent colours; strident colours that invigorate his criticism, ironically highlighting the construction of our present. In addition, his characteristic Roll-a-tex texture and use of colours establishes connections with Pop Art, digital information and mass culture. Halley's intention is to represent the post-industrial landscape and to extol the geometry that exists in the real world.

One of the hallmarks of Peter Halley's work is the use of Day-Glo acrylic, which is an industrial material given to him by the culture, which allows him to recreate a type of artificial light. Between 1987 and 1989, he was a regular contributor to New York galleries, where his painting was conceptually enriched by interspersing Day-Glo with traditional paintings.

Having conquered the world of visual arts, Peter Halley entered the world of writing and teaching. He is co-founder and editor of Index Magazine and has taught at Columbia University, Yale and UCLA. He currently lives and works in New York. 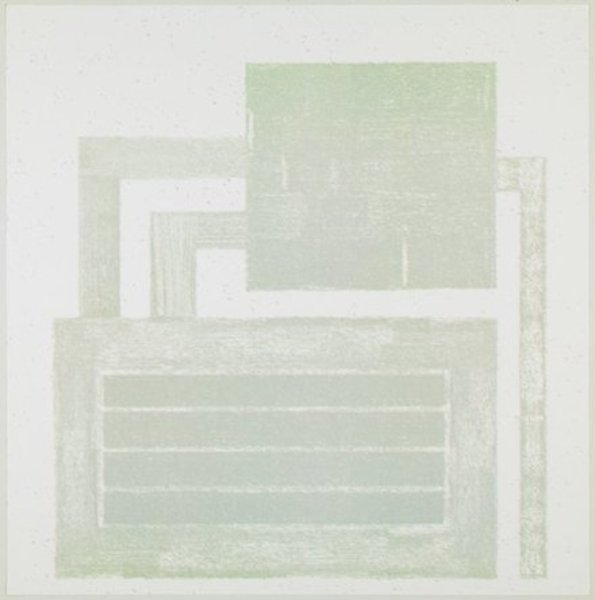