Every designer sees design in their own, specific way and Mariona Raventós saw it as the art of solving utilitarian needs through objects of human warmth. She and Jordi Miralbell formed a joyful partnership of design based on craftsmanship and were the authors of wonderful pieces of lighting and furniture. After a period of business together, Mariona and Jordi shared the Santa & Cole adventure for more than fifteen years, working as authors, editors and partners.

Mariona Raventós and Jordi Miralbell were a design partnership firmly grounded on craftsmanship. Together, they built a catalogue of beautiful home furnishings and lighting. Both trained at the ELISAVA school in Barcelona between 1974 and 1977, they founded their own interior and graphic design studio in the same city two years later.

They soon expanded their professional horizons to include designs focusing on cinema, advertising and theatre, until 1986 when they began to design furniture, lighting and accessories through their own production company, Neoseries, maintaining their fondness for craftsmanship. One of their first lamps, Arco, incorporated a parchment shade that Mariona painted by hand. This style continued in their next collection called "Atmósfera".

Fully aligned with our approach to design, in 1989 their company Neoseries joined Santa & Cole, the editing company for which they had already designed some furniture, and they became partners two years later. Subsequently, they were responsible for art direction and served on the Editorial Committee, sharing discussions and criteria for the selection of products. Several pieces of furniture and lamps created at that time for Santa & Cole are still in our catalogue today, such as the Dórica floor lamp.

Within the team, Mariona Raventós expressed herself best through craftsmanship: the treatment of materials, textures and colour, looking after the sensual part of projects. Jordi Miralbell provided the volume, the proportions, the structure and the mechanical functioning. Their products are warm and simple and coexist harmoniously with all types of furniture. Never strident, their lamps use natural materials, poetic forms and diverse lighting means, evidencing a dynamic notion of light: "Design is the art of making the utilitarian into a desired thing, into human warmth, into something generated by man".

Tender and original, Mariona Raventós and Jordi Miralbell spotlight the talents of a design partnership that is grounded on craftsmanship. 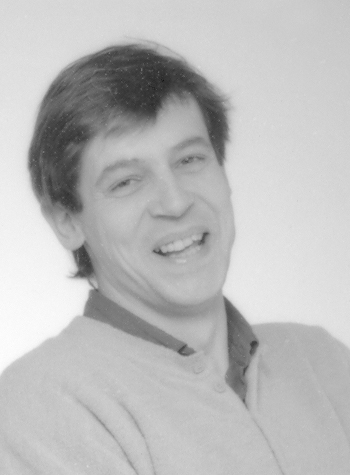 Every designer sees design in their own, specific way and Jordi Miralbell saw it as the art of solving utilitarian needs through objects of human warmth. He and Mariona Raventós formed a joyful partnership of design based on craftsmanship and were the authors of wonderful pieces of lighting and furniture. After a period of business together, Jordi and Mariona shared the Santa & Cole adventure for more than fifteen years, working as authors, editors and partners.