Jaume Plensa studied at the School of Arts and Crafts (Escola d'Arts i Oficis – Llotja) and at the Sant Jordi Fine Arts Faculty in Barcelona. A multifaceted artist, he has experimented equally with printmaking, sound, video and even set design; from 1996 to 2008 he collaborated on projects for theatre and opera, working on the concept and designing costumes. Since 1980, the year of his first exhibition in his hometown, Plensa has lived in Berlin, Brussels, England, France and the United States.

Jaume Plensa's works appeal to the very condition of personhood: a person's physical and spiritual essence, their awareness of themselves and their past, their moral codes and dogmas, and their relationship with nature. He aims to develop relationships by including all of us in them. Often, Plensa's work is completed by the participation of the viewer, or the relationship of the object to the viewer. Literature, psychology, biology, language and history become strategic tools in their own creation. Plensa gives weight and physical volume to the components of the ephemeral and the human condition, highlighting the strength of dichotomies such as airy and compact, light and darkness, silence and sound, spirit and matter, and life and death.

An important part of his work are sculptural pieces and installations that have been made specifically for public spaces. He has created sculptures that speak to Humanity's capacity and beauty, bringing people closer together through these public spaces. Jaume Plensa's work combines conventional materials such as glass, steel and bronze with unconventional media such as water, light and sound to create hybrid works of inextricable energy, psychological substance and symbolic richness. He also incorporates linguistic elements from different alphabets, although the work does not always contain a specific message and he uses language as a metaphor. Plensa finds inspiration in the human figure as a universal symbol, seeking to connect with his viewers on an intuitive level. One of Plensa's foremost projects is The Crown Fountain in Chicago's Millennium Park (2004), undoubtedly one of his most brilliant, generating numerous subsequent commissions in public spaces.

Jaume Plensa has received myriad national and international awards and has taught a number of courses and given lectures at universities, museums and cultural institutions around the world. In 2005, he received an Honorary Doctorate from the Art Institute of Chicago. In Spain, he received the National Prize for Fine Arts in 2012 and the prestigious Velázquez Prize for the Arts in 2013 and was awarded an Honorary Doctorate from the Autonomous University of Barcelona in 2018, among many others. 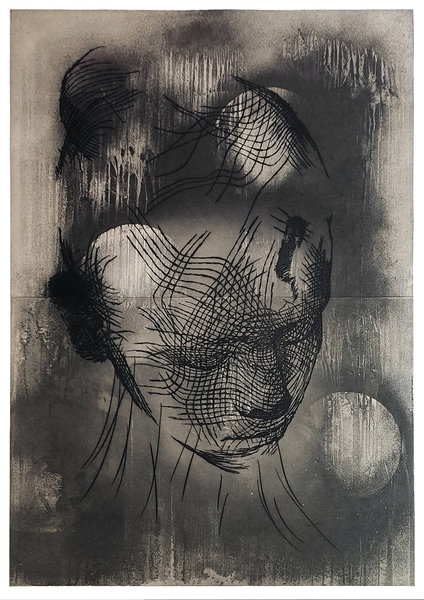