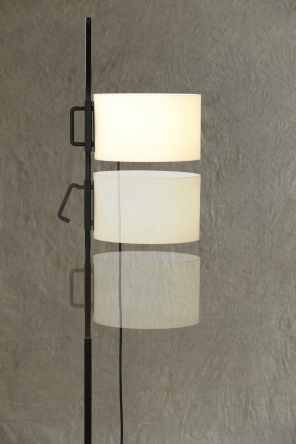 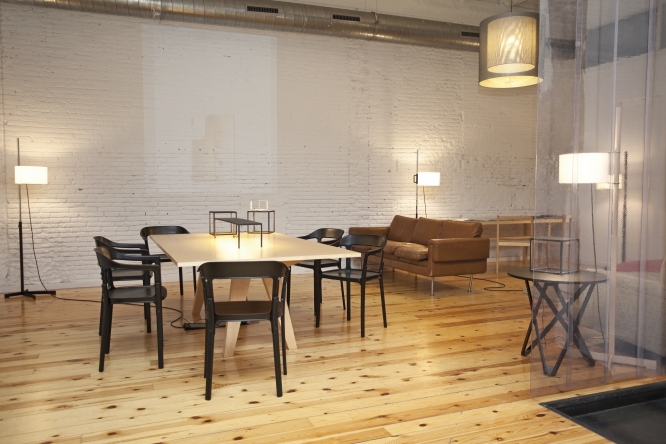 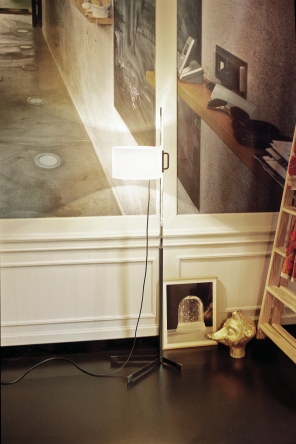 To mark the iconic designs 50th anniversary, Santa & Cole released in 2011 the last and definitive edition of the TMC lamp, according to its author. The current version revives a number of details of the lamps productive life, such as the methacrylates thickness and quality used for the shade, and its circular shape. It also incorporates new improvements to the up-down shade system; the upper shaft is a smooth, continuous piece that can be adjusted using a magnet. An unbeatable masterpiece.

This lamp was part of Miguel Milás first collection for TRAMO, the company he founded to produce his own work in post-war Spain. He dabbled in a profession that he would later go on to master, that of a pre-industrial designer, seeking convenient solutions with the technology available. Milás words, like his pieces, have an incredible depth that lies beneath their simplicity. TMC is the dressed up version of the TM family, and features a chrome shaft. 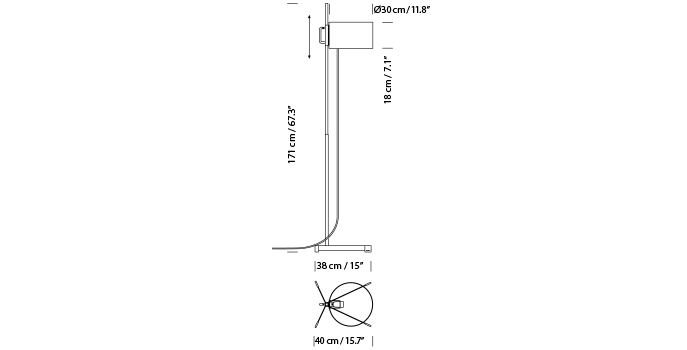 If the technical information you need to complete your project is not available in this section, do not hesitate to contact us at webfriends@santacole.com
Choose model
TMC
Technical documentation
PDF
Technical information
PDF
Energy label
ZIP
3D Model
PDF
Assembly instructions
ZIP
Photometries Eulumdat
ZIP
Photometries IES
We adapt our products to your project.
Contract Projects
Image library
Access to our image library and download in high and low quality.